Painter and illustrator Kamil Lhoták (1912-1990) is well known to the general public. His extensive work has been introduced at tens of exhibitions home and abroad. This current exhibition in the Kampa Museum Sic Itur Ad Astra (This is the way how to fly to the stars) is trying to introduce significant paintings that were very often a gift to Lhoták’s close friends.

Over sixty oil paintings are telling their stories not only on the artistic level but also on the level of relationships. The names of men as were Jiří Kolář, Adolf Branald, František Hrubín, Josef Hiršal, Kamil Bednář, Ivo Vodseďálek, Ivan Blatný or Václav Chochola are a nostalgic memory of friendship that is telling stories of people and motives Kamil Lhoták painted. The literary and social world that surrounded Lhoták is a remarkable intellectual palette from which Lhoták had drawn and painted his unforgettable scenes.
Over sixty oil paintings introduce the best from 1937 to 1954. The majority these painting that will be seen for the first time usually ended as a gift to someone who enjoyed the sight of it for generations. Some of these paintings were shown at the first exhibitions of the Group 42, some were discovered only lately. The exhibition is completed with fragments of literary works of Lhoták’s friends and also introduces one original Lhoták’s text – a slightly morbid fairy-tale The Magician and the Inn-keeper Lhoták penned in the forties of the 20th century.
The name Sic Itur Ad Astra refers to the commemorative medal of Prague’s Balloon Club (founded December 8th 1965) that bestows this medal to the significant literary and graphic artists. Kamil Lhoták was given this medal in 1989 as the poet Ivo Vodseďálek, the founder of the Balloon Club Prague, remembers in his reminiscence.
This exhibition in the Kampa Museum does not have a goal to be a scientific study comparing the relation between words and paintings but it would rather like to pay tribute to the friends who were meeting in their poems and paintings and together they were flying up to the stars. 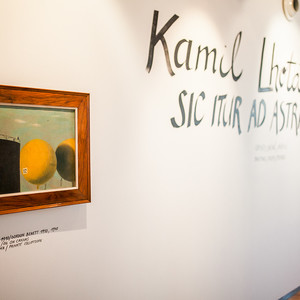 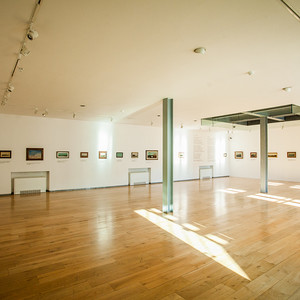 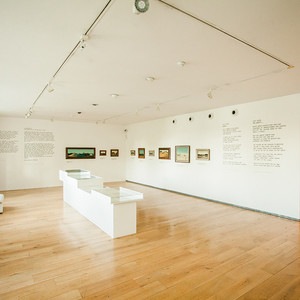 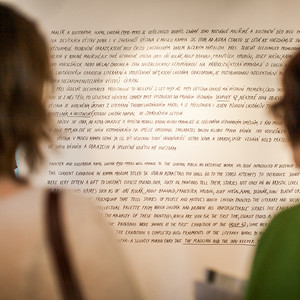 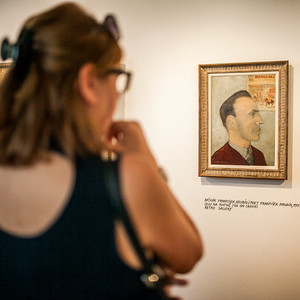 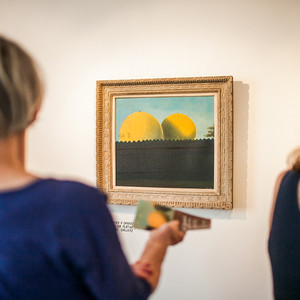